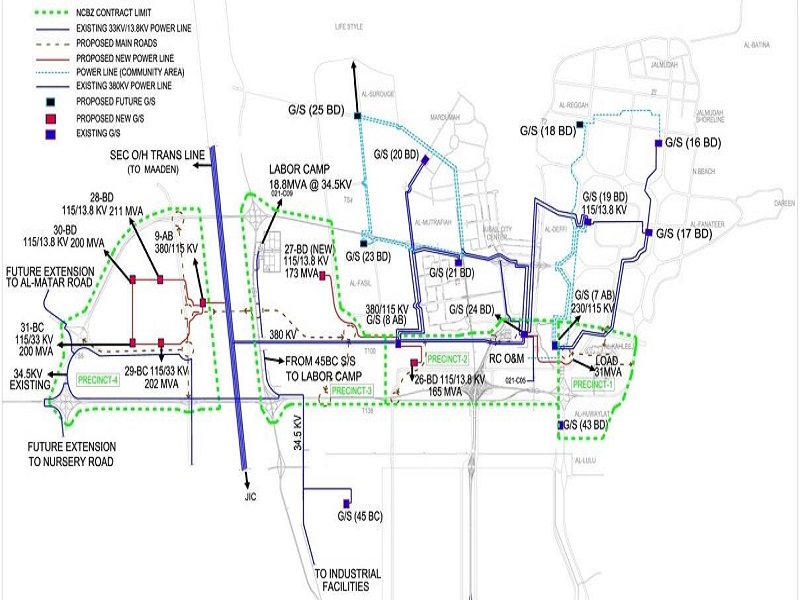 Undertook a demand load analysis based on the master plan and land use. The subsequent electrical report incorporates the electrical infrastructure and facility requirements for the commercial, recreational, industrial and other land uses and developments planned for the NCBZ.
An assessment of the existing and spare capacity of the primary power substations was undertaken. The power demands of the NCBZ was undertaken based on future land use and estimates of the total connected load, diversity factor, overall demand, and subsequently the power cable sizing and total number of feeders/loops required.
The cable network right of ways and corridors were then incorporated into the power system base plans.
Work also included the identification of existing power networks, related ROWs, sources, possible future locations for Sub stations and the routing of the primary supply lines.